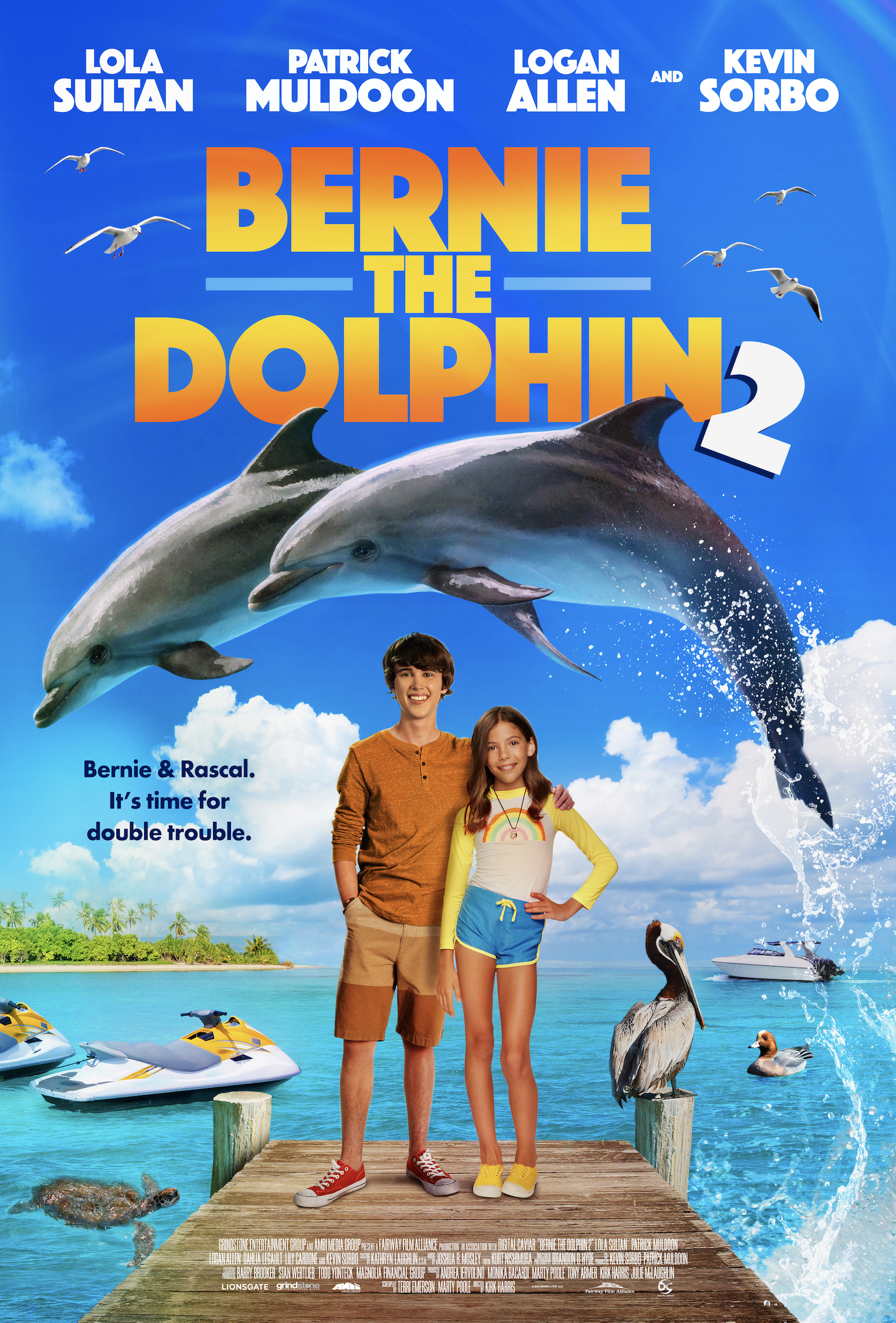 Summer has arrived and the world-famous Bernie the Dolphin and his pod have returned home to their favorite cove near St. Augustine, Florida! When a new addition comes to Marineland -- a little dolphin with a major attitude, nicknamed ‘Rascal’, Holly (Lola Sultan) and Kevin (Logan Allen) know they are going to have another exciting summer! The fun and mischief continues when the kids discover old nemesis Winston Mills (Kevin Sorbo) has partnered with the evil former mayor again. The kids have to team up with Bernie and save the day... again! Headlined by an all-star cast, BERNIE THE DOLPHIN 2 is set to be an exciting, fast-paced adventure for the entire family!